Skip to content
Hotel open to guest only - LandShark Landing open to the public! Click here to view our health and safety protocols

Bands on the Beach Lineup! 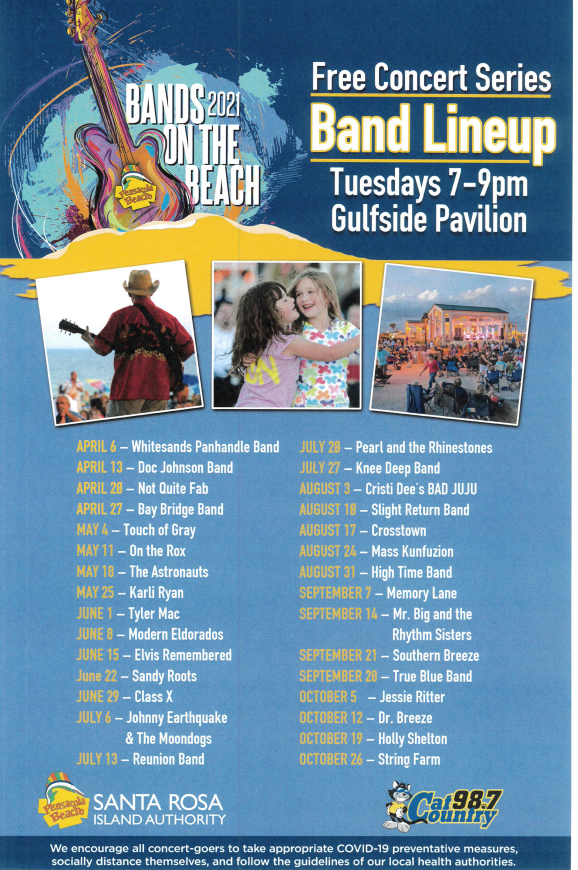 A well-diversified line up of local and regional artists take the stage at the beautiful Gulfside Pavilion on Pensacola Beach each week at 7 p.m. Bring your beach chair or a blanket and enjoy this free outdoor concert every Tuesday from April to October. The lineup is as followed:

July 20 - Pearl and the Rhinestones